(Prowler) "Bad Boy! I loved the film, your character is nerve wrecking! I do hope Ignacio will want to make a Prowler sequel. Greg is the perfect sociopath villian we love to watch!"  F. Cahill - Nov 2018

"I just watched Prowler and your character was so compelling I had to look you up! Really good film. I thoroughly enjoyed it."  F. Cahill - Nov 2018

(Prowler) "Reece's co-star Canestrari is a wonder. Whilst it's difficult not to give away his character's journey during the film, his performance is nuanced and fascinating. In fact, he often steals the scenes!"  Cineroom Review - Oct 2018

"Please excuse me for a personal note, but I loved your work in "Lilyhammer", thank you. It was a real pleasure."  Albert Buchatsky - Nov 2016

"As you can see, another movie narrated by the highly talented and gifted Greg Canestrari. He always does a superb job for us."  G. McGill (One-Shot Corpration) -  September 2016

"Hello Mr Big Time! I have literally just started watching Lilyhammer the other day and was so impressed when I saw you!!! YOU ARE AMAZING!! Well done. Keep smashing it!!"  Leah S. - March 2016

"Been watching Lilyhammer for the last week and loving it. Then I get to episode 5 and whoosh, incomes this foul-mouthed character and then it really takes off.  Disappointed you're not in series 2 but really well done."  P. Booth - May 2015

"Watching 'Lilyhammer' amazing show..... 5 episodes in, I realise my old pal Greg is one of the lead characters! Well done buddy, you have done us all proud! You've come a long way."  Matt M. - May 2015

"We are watching Lilyhammer with my dad who is Norwegian and we are all hooked. Greg is a great dirt bag on film but a great guy in real life."  Janice S. Crosby - March 2015

"Both Greg Canestrari and Tim Ahern are great in Season ONE episodes 4 through 8 of LILYHAMMER on NETFLIX --- It is a hit - whoever loved the Sopranos will love LILYHAMMER."  Janis A. - January 2015

"Spent the evening watching Lilyhammer Season 1 last night (really, really funny). We called it a night after Greg's character jumps out of the hotel window - We think it is one of the best shows ever (I was really laughing) Thank you :)"  G. McGill - January 2015

"A friend suggested I watch the series Lilyhammer a couple of weeks ago. While watching I was astonished and amazed to see Greg Canestrari! I am happy to see he is doing so well. I hope to see more of him on TV and film! I also thought he was great in the show and was disappointed he could not continue with the series!!"  M. Reed - December 2014

"I was asked if I wanted to watch the first season of Lilyhammer, by sheer coincidence not knowing Greg Canestrari was in it.  He was fantastic!!!!" J. Humphrey - December 2013

"Greg I saw you in Lilyhammer movie in Norway. I'm from Norway, and you were awesome in the movie. You have some Al Pacino style over the way you talk, so cool man;) Hope I see you in many more movies ;)" Stian Olsen - Dec 2012

"I watched Greg Canestrari in a programme last night called Lilyhammer.  It was the start of a series set in Norway, featuring a mafia mobster.  It was very good and funny."  N. Meyer - Sept 2012

"Thank you for being such a wonderful entertainer and giving us such an amazing experience singing so many favourite songs of ours. Been waiting 3 years to enjoy your undisputable talent and your off the charts personality. I always appreciate you performing your own thing rather than the karaoke originals. Was supposed to be a nice, normal evening but you made it so much more than 'special'. Doesn't even cover how we felt. Thank you again."  Vlad - Dec 2018

"Greg, Just visited your website and I was absolutely, positively blown away!!! You are a phenomenal talent!! When I saw you in Lilyhammer I had no idea of the actual level of your talents. If you had been born 50 years earlier there's no doubt you'd have been hanging out with Frank, Dean, Sammy and the rest of the icons! You'd have been in Ocean's 11 for sure. Again, you are just a phenomenal talent. Love your singing and I do know my jazz!" Thomas Grube - Oct 2016

"We had the amazing, Greg Canestrari, a very talented singer and actor performing with the Clefhangers Big Band and everyone was on their feet dancing from the start of the evening right up until the end of the evening. The Clefthangers totally made the evening and we still get calls from people raving that it was the best wedding ever. Thank you!”  Gary M. - Sept 2016

"How fantastic! Just watched you while on the bridge sailing into Cagliari in Sardinia. You've made our day watching you perform again."  Jenevora D. - Aug 2016

"Dear Greg, Thank you again so much for being so amazing on our wedding day. Awesome doesn't describe it. You set the mood and everyone massively enjoyed what you brought to the day."  M. Horvat - July 2016

"We went to the Beaufort Bar at the Savoy Hotel last night for cocktails and more importantly to watch Greg Canestrari playing (he sung so wonderfully and we really had a great time) :)"  G. McGill - Oct 2015

"Dear Greg, my name is Sarah and I am Chief Stewardess onboard a private motor yacht that is based in the Mediterranean. The owner of the boat is Prince Fahad who introduced himself to you when you were playing at last month's London event. The Prince thoroughly enjoyed your performance and he expressed strong interest if you would be available during our summer cruising season." - May 2015

"Greg, Pam & I very much enjoyed your Coworth Park session last Tuesday where we kept you chatting leaving you very little time to even take a break. Thank you and do take care."  Tony W. (Semi-retired Pianist/Composer) - Oct 2014

"Greg, just a very quick message to say thank you for making my visit to the Millennium Mayfair so enjoyable. When I heard your piano playing and singing I decided to sit and just listen for a short while.  When I went into the bar that is when I managed to meet and chat with you. It was a pleasure to chat and to hear you play and sing.....also to hear of your role as Senior Officer Moore on 24 !!  Again, thank you for taking the time to chat. Next time I am in London with my partner, I will find out where you are playing, sit there with a coffee, bowl of nuts, ask everyone to be quiet and ask for Elton John's 'Your Song'."  M. Graham - July 2014

“Creating the sounds is a fine band of nine, ranged at high level across the back of the stage. Singers Greg Canestrari and Noa Bodner belt it out beautifully and with authority and don't halt the pace with introductions, one number segueing seamlessly into the next. The songs are all heavily amplified for a really head-moving experience.”   – Ballet.co.uk

“On stage is a thirteen-piece orchestra that includes singers Greg Canestrari and Noa Bodner.  But far from being simply accompaniment, Greg and Noa with their steller shine under the spotlight – and rightly so for both can deliver a number with consummate ease and more than a generous helping of panache.” – Indie London

from fans around the world 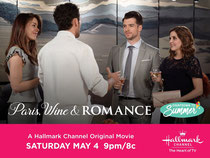 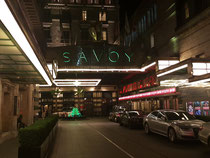 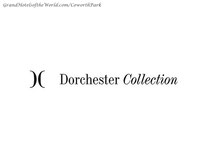 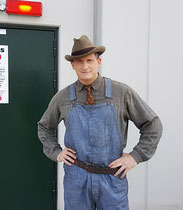 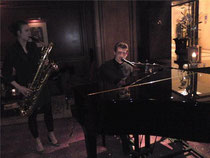 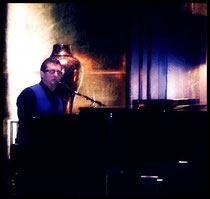 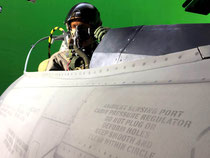 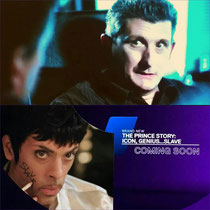 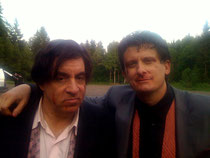 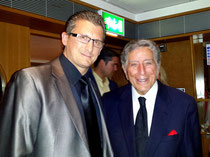 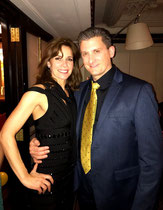 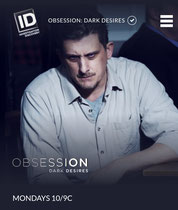 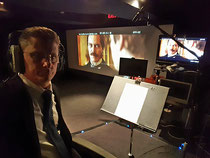 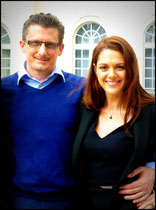 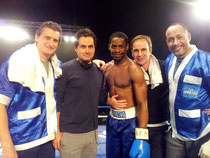 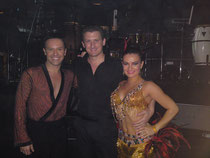 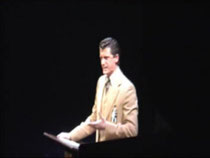 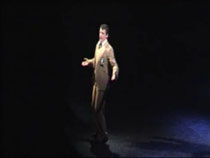 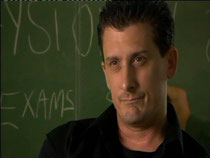 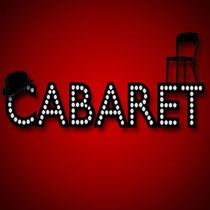 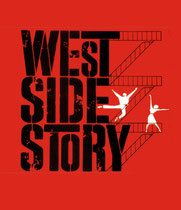 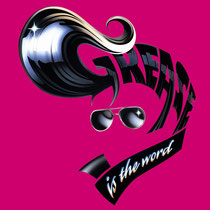